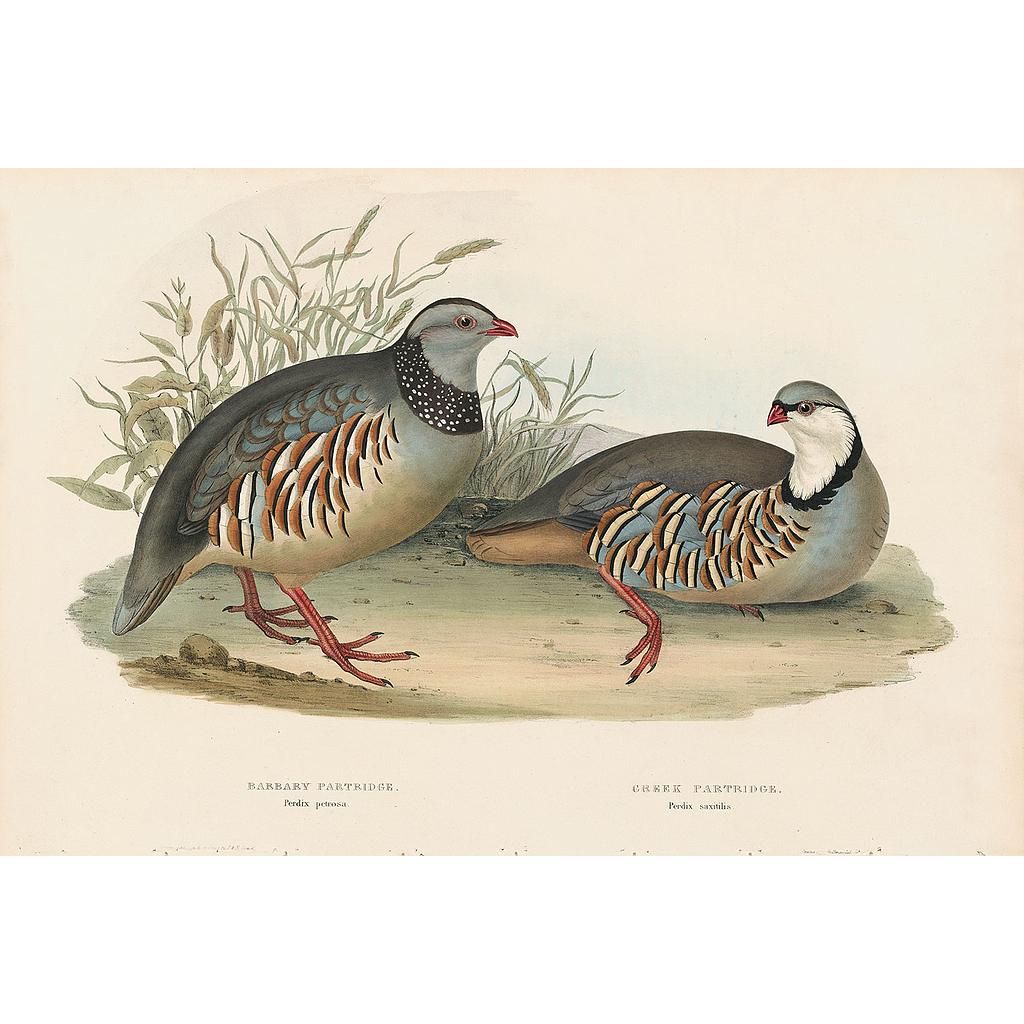 Enjoy significant savings on  Pl. 261, Barbary Partridge, Greek Partridge, Perdix petrosa (Lath.) and Perdix saxitulius (Meyer.), respectively, a superb hand-colored lithograph from John Gould’s Birds of Europe, drawn from nature by John and Elizabeth Gould. In the text that accompanies this plate, Gould reports that a male of each of each species is represented in its natural size. Female Barbary Partridges differ in being slightly smaller, the collar around the neck is somewhat narrower, and the plumage is not quite as bright. There is no difference between the male and female Greek Partridge other than the females being slightly smaller and lacking spurs.

This plate presents a comparison between two different species of of Red-legged Partridges. Gould notes in the accompanying text that of the three species of Red-legged Partridges that inhabit Europe, two are represented in this plate, and the Greek Partridge (on the right), is the most rare. "In the general character of its plumage, the Perdix petrosa [Barbary Partridge] bears a striking resemblance to the two other species of Red-legged Partridge, which are also indigenous to Europe, but may at once be distinguished by the rufous collar round the neck, thickly spotted with white points. Referring to the Greek Partridge, he states, "In size and general colouring it is not unlike its allied congenitors, which, with one from the Himalaya Mountains, forms a beautiful group, embodying differences, we think, sufficiently marked to warrant its separation into a new genus, distinct from that of which the Common Partridge of our cornfields is a familiar example."