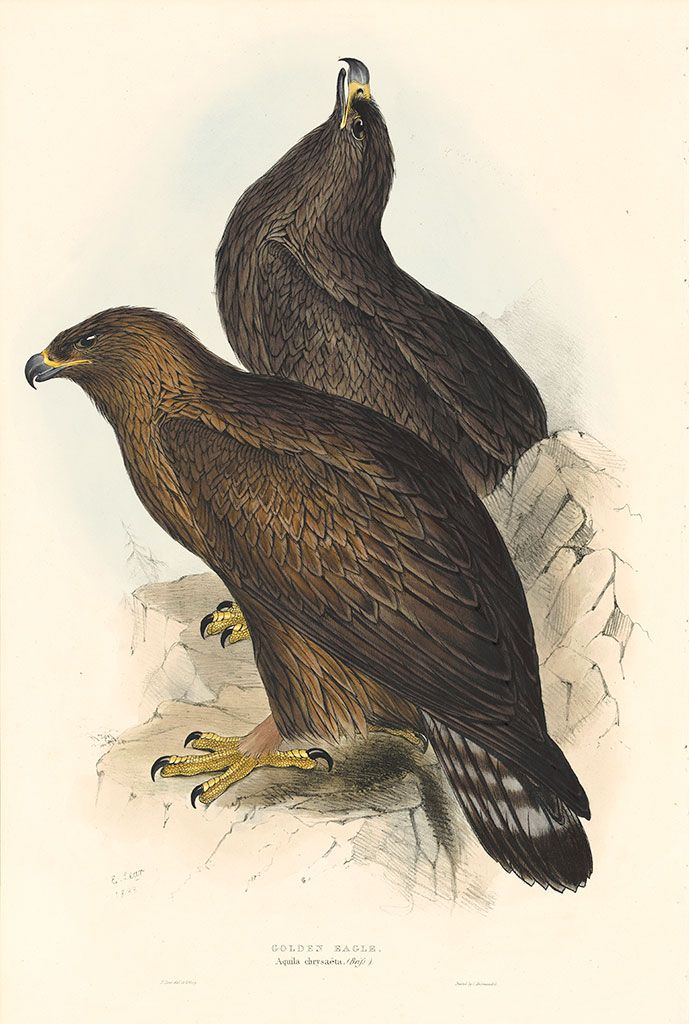 Enjoy significant savings on Pl. 6, Golden Eagle, Aquila chrysaëta (Briss.), a superb hand-colored lithograph from John Gould’s Birds of Europe, Vol. I Raptores. Drawn from nature and signed in the stone by Edward Lear, an adult and young bird are depicted in one-third their natural size.

In the accompanying text description, Gould endeavors to clarify the differences between the immature and adult birds of this species. “The young and adult of this noble bird exhibit marked differences of plumage, a circumstance that lead the older writers on Ornithology to make in this instance, as in some others, two species out of one, an error which has been lately corrected....

The immature birds, till commencement of the third year, have the whole of the plumage of a reddish brown, with the under tail-coverts, inner side of the thighs and tarsi nearly white ; the tail white for three parts of its length...the tip being brown. In proportion as the young bird advances, the colours become richer and deeper, the white of the tail contracts, and the bars begin to appear. The third year is that of the assumption of perfect plumage.