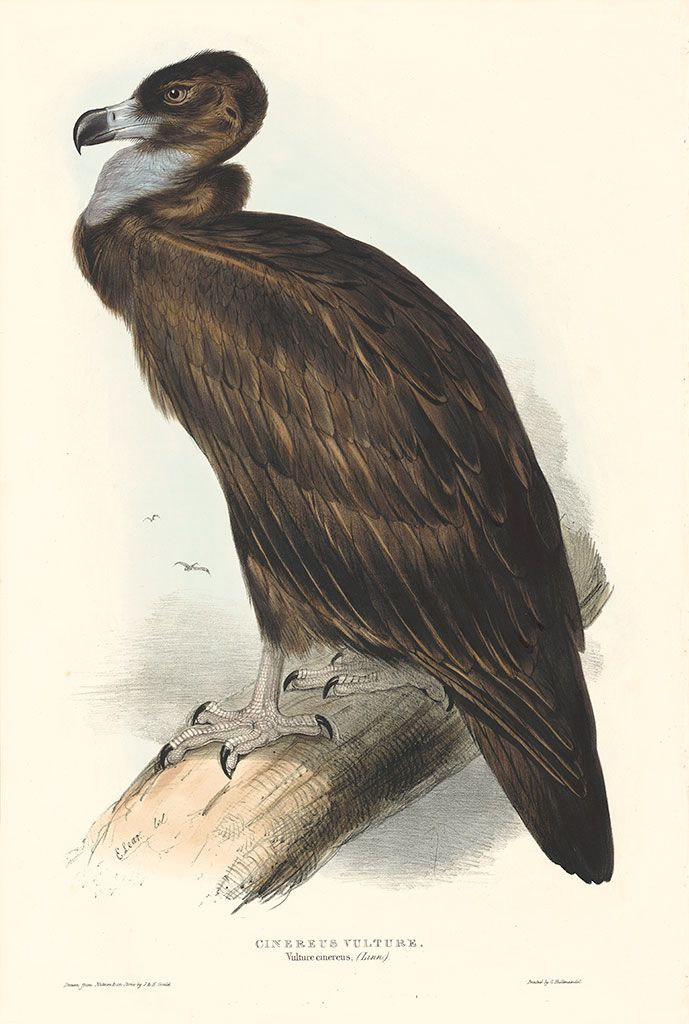 In the accompanying text in the Birds of Europe, Gould states that there was a "fine living specimen in the [London Zoological] Society's Gardens." At that time, he was Superintendent of the Ornithology Department at the Zoological Society's Museum. Lear is known to have illustrated birds in the Zoological Gardens, which is where he first met John Gould. Lear's characteristically animated and exacting portrait of a handsome adult male specimen was depicted approximately one third its actual size, and may well have been figured from the living specimen in the society's aviary, though no mention of this interesting detail in reference to this plate was made by Gould in the text.