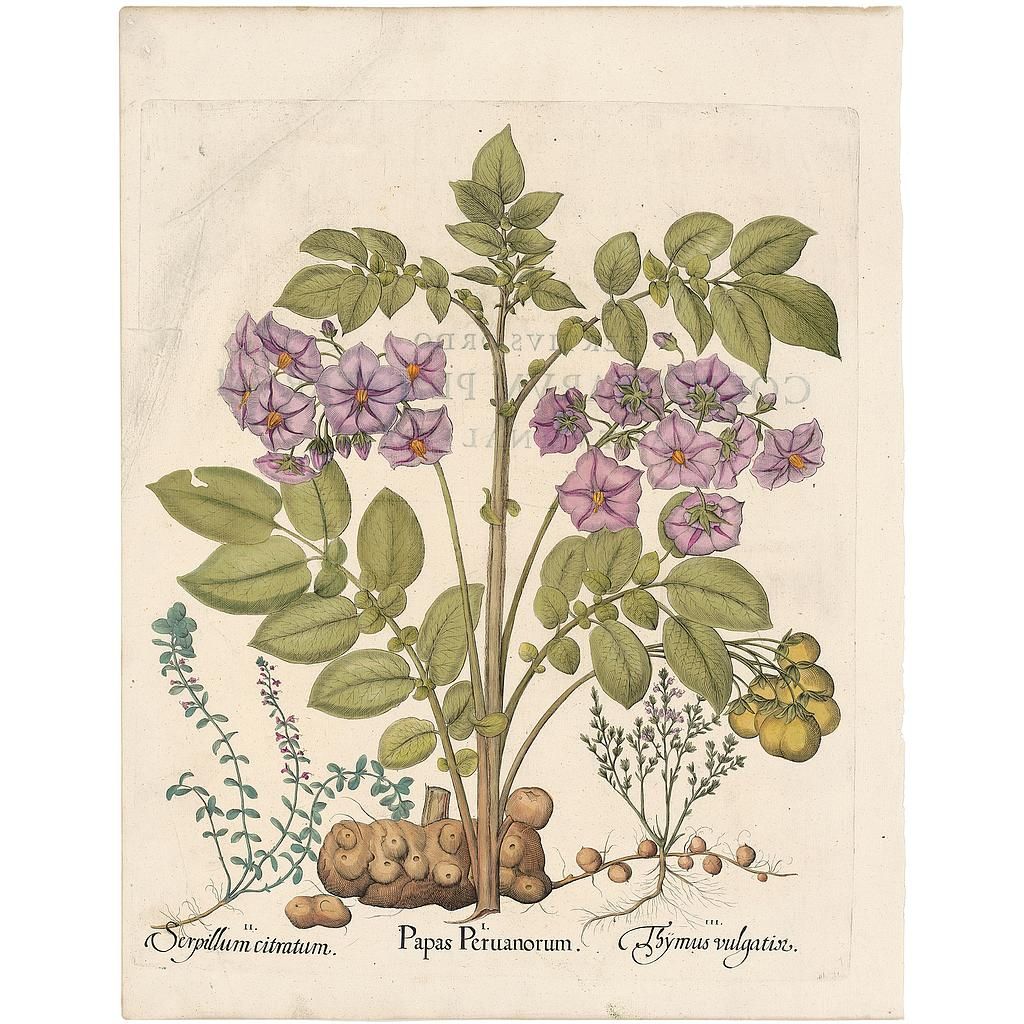 This week only, enjoy a substantial discount on Pl. 345, Potato; Lemon Thyme; Thyme, a stunning 400-year-old botanical engraving of flowering plants from Basilius Besler’s Hortus Eystettensis. A plant native to Peru, the potato,(I) Papas peruanorum, was first grown in Europe after the Spanish conquest of Peru (1532–72). During the age of discovery, sailors who consumed the tubers onboard ship introduced them to India, Japan, and China. In the colonial period, Irish settlers introduced potatoes to North America. During Besler's time, shortly after they were introduced to Europe, the potato plant was prized for the beauty of its blossoms. Besler's graceful and balanced culinary composition is accomplished through a marvelous visual counterpoint between the central subject of the engraving, the comparatively large potato plant with prominently tuberous root and upright stems arrayed with lavender blossoms brightly dotted with yellow stamens, and the subtly colored diminutive leaves and flowers, wispy roots, and delicate stems of the herbs, (II) Serpillum citratum (lemon thyme) and (III) Thymus vulgatior (thyme), that flank it.