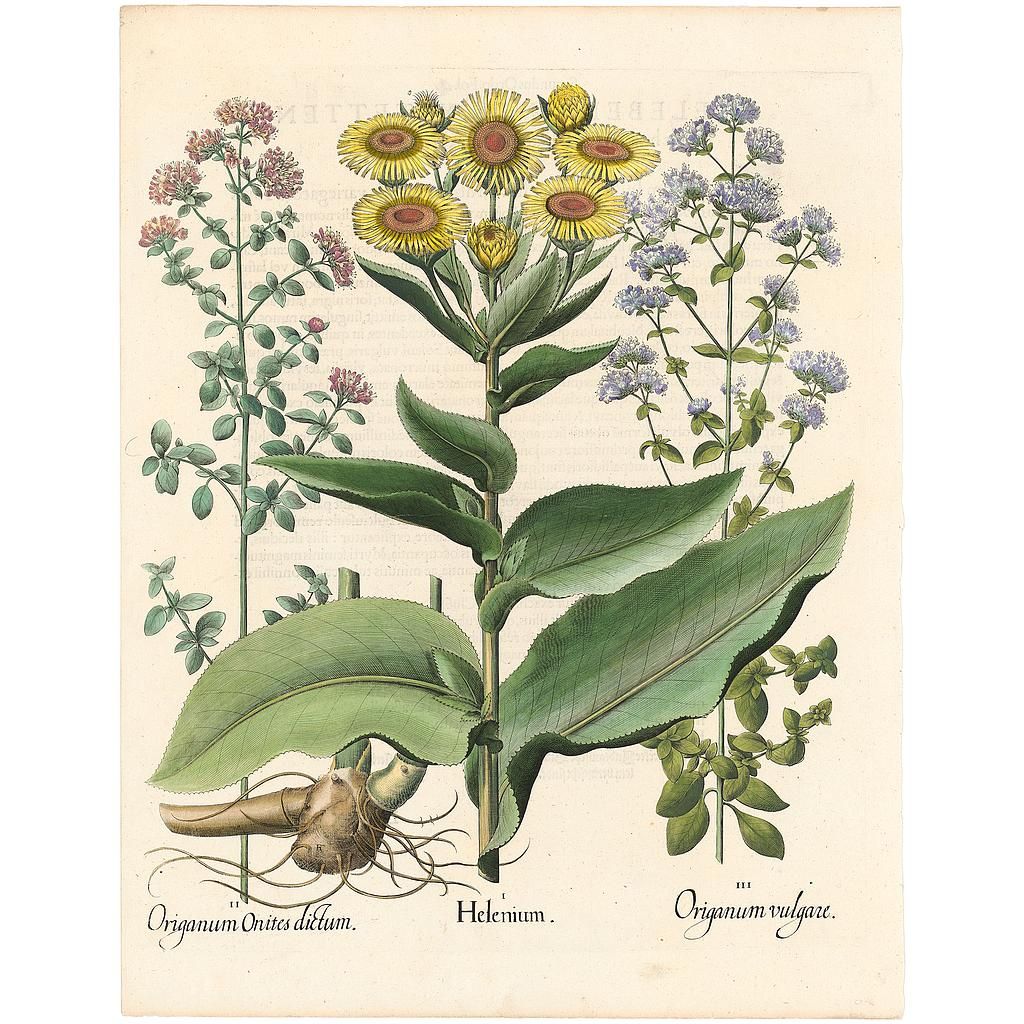 This week only, enjoy a substantial discount on Pl. 336, Elecampane and Common Oregano, a stunning 400-year-old botanical engraving of flowering plants from Basilius Besler’s Hortus Eystettensis. Native to Europe, temperate parts of Asia, and Southern England, and found in many parts of the Eastern United States, Elecampane, (I) Helenium, is the central image in this handsome plate featuring herbaceous plants. The root of Elecampane has been known since ancient times for its medicinal purposes, for which it is still used today. The elegant arrangement of vivid yellow flower heads, large out-stretched leaves and root of this 4-5 foot tall plant are shown flanked in counterpoint to the more delicate habit and pastel blossoms of two varieties of common oregano, (II) Origanum onites dictum and (III) Origanum vulgare.