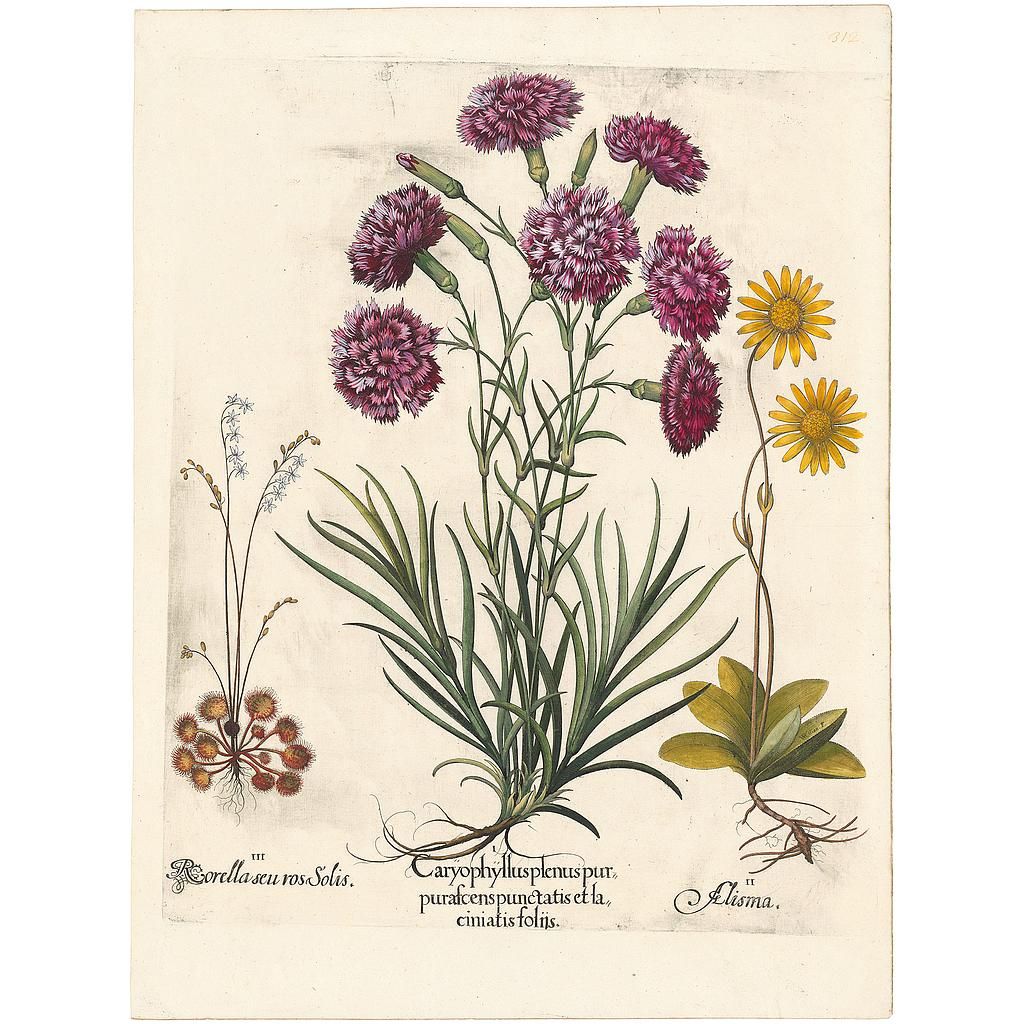 This week only, enjoy a substantial discount on Pl. 312, Florist's carnation, Arnica, Round-leaved sundew, a 400-year-old botanical engraving of summer-flowering plants from Basilius Besler’s Hortus Eystettensis. The Latin names for the plants as listed on the plate are: (I.) Caryophyllus plenus purpracens puntatis et lacinatis foliis, (II.) Alisma, (III.) Rorella seu ros Solis. In perfect condition, this richly detailed hand-colored engraving is from the deluxe first edition, 1613, with the "grapes" watermark in the paper, 22 x 16-1/2 inches.

Since the paper quality is very high and there is an absence of Latin text on the verso of the sheet, it is generally recognized that the deluxe edition was the one which was intended to be sold as a hand-colored set. The engraved print quality is crisp, but still exhibits the subtlety one expects to see in a first edition print made from plates that have not become worn from use

Wilfred Blunt, noted author of The Art of Botanical Illustration an Illustrated History, writes of the Besler Florilegium, “The designs are really impressive, and the invention rarely flags ; the rhythmic pattern of the roots, the calligraphic possibilities of lettering, are fully explored and utilized; and the dramatic effect of the whole is enhanced by the noble proportions of the plates, which, when coloured make decorations that remained unrivaled until the publication nearly two centuries later of Thornton’s Temple of Flora.