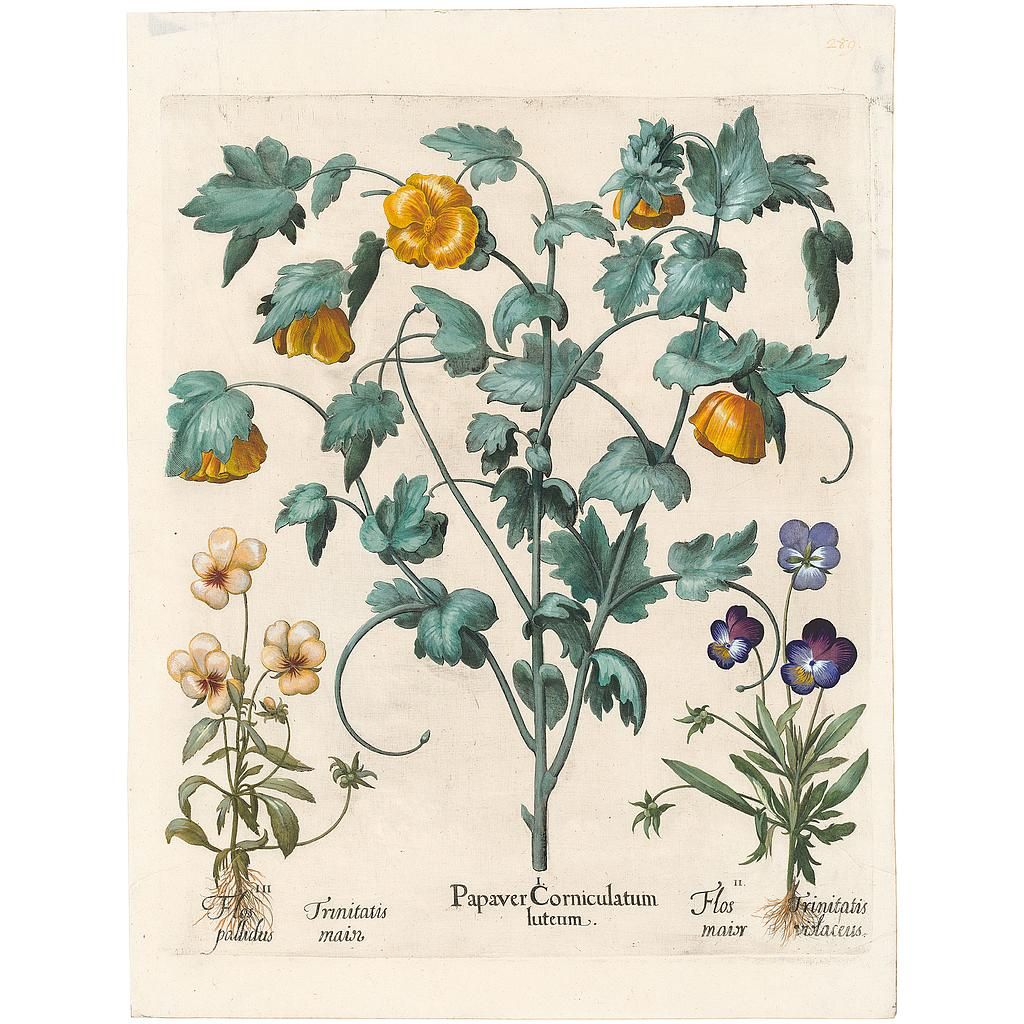 Wilfred Blunt, noted author of The Art of Botanical Illustration an Illustrated History, writes of the Besler Florilegium, “The designs are really impressive, and the invention rarely flags ; the rhythmic pattern of the roots, the calligraphic possibilities of lettering , are fully explored and utilized ; and the dramatic effect of the whole is enhanced by the noble proportions of the plates, which, when coloured make decorations that remained unrivaled until the publication nearly two centuries later of Thornton’s Temple of Flora."